Generations have dreamed of this: On 30 November 2019, the dream becomes reality as we mark completion of a direct lift connection from Kaprun over the Maiskogel and all the way up to the Kitzsteinhorn. An attention-getting light show, live concerts with Wolfgang AMBROS and his band “Die No. 1 vom Wienerwald” as well as GRANADA at the Maiskogel mountain terminal are bound to guarantee a fantastic atmosphere, with celebrations continuing in the valley at countless after-show parties in Kaprun.

Befitting its status as a beacon project for the entire region, during opening festivities the new K-ONNECTION Kaprun – Maiskogel – Kitzsteinhorn will literally be radiant, thanks to a unique light show that will illuminate the skies and be visible far into the Zell basin on opening night. The pylons and cabins of the MK Maiskogelbahn and the 3K K-onnection will be cast in a mysterious light along their entire 8 km length between the town center and Kitzsteinhorn/Langwied at 2000 m above sea level. The evening ride from Kaprun up to Kitzsteinhorn/Langwied and return on the lit-up lifts is certain to be a once-in-a-lifetime experience – exclusively for all opening guests.

When a community pulls together!
For practically every Austrian, Wolfgang AMBROS is invariably associated with a song that has basically become the anthem for every true-blue skier, “Skifoahn”. An internationally acclaimed musical ambassador, his ballad “Langsam wochs ma z’amm” has now been chosen as the title melody to hail completion of Kaprun’s generational project. That said, this legendary Austro Pop star, along with his band “Die No. 1 vom Wienerwald”, will reprise his “Rock on the Rocks” 1985 Kitzsteinhorn debut as he also rocks this year’s opening festivities.

Tickets are available for a special opening price of € 19 at www.kitzsteinhorn.at/opening, from the ticket window at Kaprun Center as well as the tourist information offices in Kaprun and Zell am See. Tickets for the opening of the 3K K-onnection are limited – so, hurry to guarantee you’ll also be part of the fun!

followed by After-show parties in Kaprun 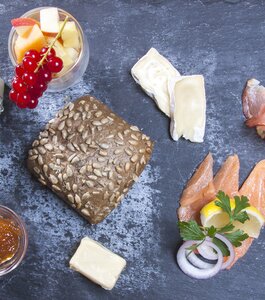